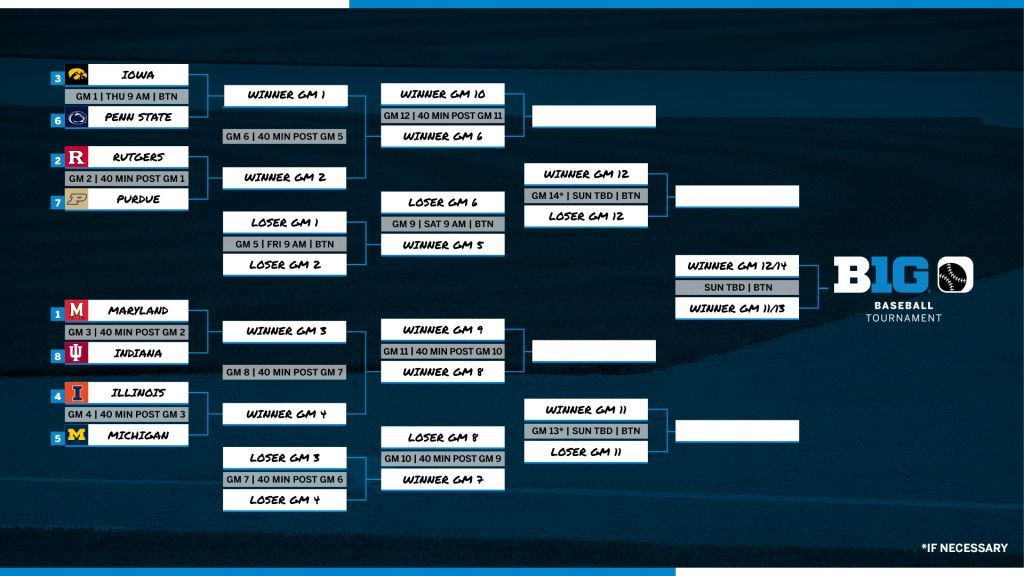 OMAHA, Neb. – The University of Iowa baseball team will face sixth-seeded Penn State in the opening game of the 2022 Big Ten Tournament on Thursday at 9:00 a.m. at Charles Schwab Field Omaha.  The game will be televised on BTN.

The Tournament was washed out by rain on Wednesday and has now been condensed down and will have a rolling schedule. Approximately 40 minutes in between games will be in place. Some adjustments are set into the bracket as well to make sure teams don’t play the first and last games of the day and there are a few different scenarios for the championship day schedule depending on records at that point.

Iowa/Penn State set for this morning at B1G baseball tournament

Heller says the rotation early will be the same as a conference series.