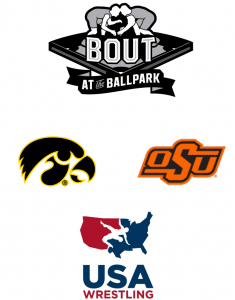 A unique outdoor wrestling event called Bout at the Ballpark was announced on Tuesday. The event will feature a doubleheader with the Iowa Hawkeyes meeting the Oklahoma State Cowboys and the United States senior national team facing Iran at Globe Life Field in Arlington, Texas on Saturday, February 12, 2022.

The collegiate meet and the US-Iran exhibition will take place simultaneously beginning at 6:30 p.m. that evening with bouts from the two competitions alternating throughout the event on two mats.

Oklahoma State and Iowa have a decorated rivalry with the Cowboys holding the all-time edge 29-23-2. The two programs have combined for 58 National Team Titles. The Hawkeyes are the defending National Champions from 2021 and OSU finished 3rd.

This will be the first time Iran has competed in the United States since the 2016 World Cup in Los Angeles. 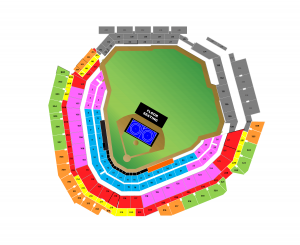 The two mats will be located between the pitcher’s mound and second base on elevated stages. Floor seating will be added to bring expected capacity at Globe Life Field to 27,000.

Tickets for the event will go on sale Thursday, October 14th at 10:00 a.m. Central at texasrangers.com/wrestling. The event will be hosted and operated by REV Entertainment. The event will also be streamed live by FloSports at FloWrestling.org